Teaching the Black Press With Literature by Benjamin Fagan 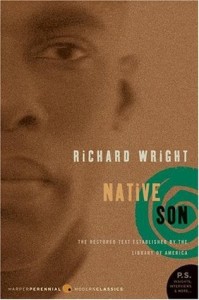 With the summer coming to a close I’ve been prepping my syllabi for classes this fall, and thought it might be a good time to reflect on the challenges and possibilities for including black newspapers in literature courses. Like many of us, I suspect, I don’t often have the luxury of teaching a course focused exclusively on the black press, but must instead find ways to work black newspapers into survey courses or seminars that mainly revolve around more familiar kinds of literary texts. One strategy in such cases is connecting black newspapers to other kinds of texts. For example, in a class on “African American Literature and the Media,” we spent a few weeks reading Richard Wright’s novel Native Son. White reporters and newspapers appear at critical moments in the text, and the media emerges as one of the novel’s major concerns. Indeed, real-life newspaper coverage of an alleged black murderer in Chicago inspired the basic outlines of Native Son’s plot. So alongside the novel we read contemporaneous articles from the Chicago Tribune and, most importantly, the Chicago 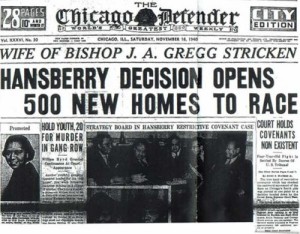 Defender. For a paper assignment, students were asked to analyze newspaper reports in the same way they would a passage from the novel. They composed essays exploring the power of the press to shape events through language, and offered insightful comparisons between coverage in black and white newspapers. Native Son is particularly well suited to this kind of approach to teaching black newspapers, given its inspiration from real-world newspaper coverage, treatment of the media, and the fact that the Defender covered the events fictionalized in the novel. But such an approach could be adapted to a variety of other texts that regularly make their way onto literature syllabi. One could, for example, pick a particularly powerful theme from a novel, poem, play, etc., and then ask students to research that same theme in black newspapers. This kind of research assignment is, though, potentially limited to institutions with subscriptions to commercial databases, which were not available when and where I taught Native Son. In that case, I provided students with the relevant issues from the Defender and the Tribune. This deprived them of the opportunity to conduct their own research, but they were at least introduced to the pages of black newspapers.

Another successful way to work black newspapers into the literature classroom is, in my experience, to teach texts that appeared in the pages of the black press, and focus on that context in classroom discussions and essay assignments. For example, in a survey of African American literature before 1900 that I am teaching this coming fall, students will read the short story “Theresa – A Haytien Tale,” which originally appeared in 1828 in the pages of Freedom’s Journal. We will read the story itself, and then the four issues in which appeared. A possible essay topic could then ask students to connect particular themes in the story to concerns in the newspaper. Similarly, I will be teaching sketches from the Anglo-African Magazine in an upper-division course on the literature of the American Renaissance. Both of these choices are inspired by the Just Teach One: Early African American Print initiative, which provides not only the primary material for teaching these texts but also sample assignments, lesson plans, and teaching reflections. And one need not be teaching a course focused on African American literature in order to incorporate black newspapers. Frederick Douglass’s Paper serialized Charles Dickens’s Bleak House in its entirety, and a variety of black newspapers printed poetry from now-canonical figures from both sides of the Atlantic (e.g. Longfellow and Tennyson). Teaching these texts in their periodical context would not only introduce students to the archive of the black press, but also underscore how all kinds of literature circulated in the 19th –century.

Hopefully, this post has highlighted the ways in which black newspapers fit, with a bit of creativity, into a variety of kinds of literature classrooms. And in my experience, even the smallest introduction to the black press can be enough to inspire students to explore the archive of black newspapers outside of the classroom. Of course, such exploration is made far more challenging when black newspapers are trapped behind the massive paywalls of commercial databases, a fact that makes the work of expanding access to the black press all the more imperative.