The Black Press in the “Age of Obama” by Kim Gallon 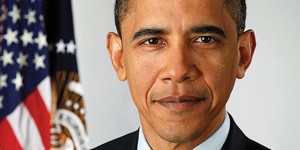 Soon after Barack Obama was elected as the forty-fourth President of the United States, the POLITICO reported that his presidency would dramatically change Black newspapers. This initially seemed to be the case.  A few short months after the inauguration, President Obama gave Black Enterprise his first print interview and invited 50 Black publishers to meet with him at the White House. Overnight journalists from Black news publications had unprecedented access to the White House.  Black Press organs predicted that an Obama presidency would allow their papers to return back to the “roots” of Black journalism and their core mission.  In short, the Black Press would become “newsier” again. [ref]1. Rachel L. Swarns. Obama Brings Flush Time for Black News Media http://www.nytimes.com/2009/03/28/business/media/28press.html

However, the love affair between the Black Press and the President ended as quickly as it began.   A few short weeks after the inauguration the National Newspapers Publishers Association (NNPA) reported that President Obama placed African American journalists in the front row at the first prime-time press conference but refused to take questions from them.  According to NNPA reporter, Hazel Edney, the Black Press was simply, “window dressing.” [ref] 2. Joseph Curl. “Obama Snubs Black Press.” ”http://www.washingtontimes.com/news/2009/feb/10/obama-snubs-black-press-shakes-up-seating-routines/?page=all

Four years later, the NNPA struck a similar tone in their remarks about their access to President Obama.  According to NNPA member newspapers, the President has not granted them interviews nor provided them with sufficient access to the White House throughout his presidency.[ref] 3. Akeya Dickson.“Obama continues to disrespect Black Press.” http://www.finalcall.com/artman/publish/National_News_2/article_8994.shtml[/ref]

In the lead up to the 2012 Presidential election, the Obama Administration came under fire again.   This time the NNPA  accused the President’s campaign of dropping advertising from Black newspapers in areas already considered to be “blue states.”  According to NNPA chairman, Cloves Campbell, the action was in retaliation to his letter calling attention to President Obama’s failure to spend $20 million of requested campaign advertising in the Black Press. This, however, did not prevent the NNPA from ultimately endorsing the President’s bid for re-election.[ref] 4. George E. Curry. “FL Rep: Pres Barack Obama Disrespects Black Press and HBCU Grads.” http://politic365.com/2013/01/30/fl-rep-pres-obama-disrespects-black-press-and-hbcu-grads/

President Obama has had little to say publicly about the Black Press but has indicated that he appreciates how uplifting Black newspapers generally are relative to mainstream publications. [ref] 5. George E. Curry. “Obama ‘Loves’ Black Newspapers” http://flcourier.com/2012/05/10/obama-loves-black-newspapers/[/ref]

The Black Press has not been free from criticism.  Glen Ford, executive editor of the Black Agenda Report has accused Black newspapers of having an “infantile obsession with the inner world of the Obamas.” Ford’s biggest complaint is that the Black Press fails to strike the necessary adversarial relationship between a president and journalists.  Ford’s comments taps into a question that has plagued the Black Press from the very beginning of President Obama’s presidency; How critical should the Black Media be of the President? [ref] 6. Glen Ford. “The Black Press Ponder Obama Love” http://blackagendareport.com/content/black-press-ponder-obama-love[/ref]